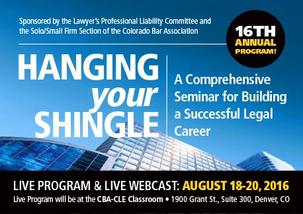 The Colorado Chapter of the American Board of Trial Advocates (ABOTA) hosted a James Otis Lecture Series on November 11, 2016 to help students understand the United States’ history regarding the rule of law, the process of self government, and the importance of the preservation of the individual liberties guaranteed by the Constitution.

This year’s seminar has drawn nearly 100 participants to date and that number will only grow as people access the on-demand home study course. This program remains one of the CBA’s most popular CLE courses. 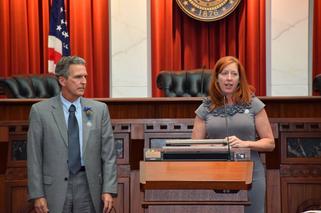 Hanging Your Shingle 2016 a Success! 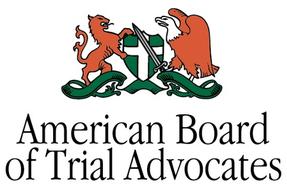 At the annual meeting of the Colorado Chapter of the American Board of Trial Advocates (ABOTA), Jerry Pratt was unanimously elected President of the chapter by the entire chapter membership for 2018. Mr. Pratt’s term will run from February 2018 – February 2019. Mr. Pratt is an active leader of the Colorado Chapter of ABOTA having previously served as Secretary, Treasurer, and Vice President.  He has been a member of ABOTA since 2009.

Click here to learn more about the Colorado Chapter of ABOTA.

The American Board of Trial Advocates (ABOTA) is a national association of experienced trial lawyers and judges dedicated to the preservation and promotion of the civil jury trial right provided by the Seventh Amendment to the U.S. Constitution. The organization was founded in 1958 by a group of attorneys who felt that the civil jury trial system was under threat. ABOTA has more than 7,600 members in 97 chapters in all 50 states. Membership is by invitation only and is open to trial lawyers who meet certain criteria including being of high personal character and having an honorable reputation. Click here to learn more about ABOTA.

The Denver Bar Association has awarded Gerald D. Pratt its 2016 Volunteer Lawyer of the Year Award in recognition of the pro bono legal services he provides to clients of limited means and his ongoing dedication to serving the legal profession and the community at large through the DBA and other organizations.

At the awards ceremony, Mr. Pratt delivered brief remarks which focused on humility and offering support to those experiencing difficulties. He opened his remarks by paraphrasing a quote about baseball which says, 'there are two kinds of players, those who are humble and those who are about to get humble.' He said that the same principle applies to the practice of law and to life in general. He thanked those who have helped him overcome challenges in his life and in his practice, and he expressed gratefulness for those times he has been able to help others.

The Volunteer Lawyer of the Year is one of several annual awards given by the DBA. For more information about the award recipients, please visit the Denver Bar Association website: www.denbar.org or read the feature in the May 31, 2016 issue of The Docket.