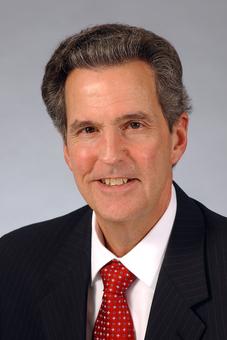 ​Mr. Pratt has been a trial attorney since 1981, when he was first admitted to practice in Colorado. Over the last thirty-four years he has served as lead counsel in a wide variety of cases, including professional liability, products liability, personal injury, insurance bad faith, construction claims, insurance defense, and criminal defense.

In addition, he has devoted a significant portion of his practice to the study of legal ethics, advising other attorneys on ethics issues, and representing attorneys in professional disciplinary matters. He has served on the Ethics Committee of the Colorado Bar Association since 1984, and chaired that committee in 2002-2003. As part of his work on the Ethics Committee he has served on numerous subcommittees charged with drafting formal opinions, including Opinion 71 (Ex Parte Communications with Treating Physicians - 1985), Opinion 73 (Contact with Insurance Adjuster - 1986); Opinion 77 (Participation with Medical-Legal Consulting Firm – 1988), Opinion 86 (Use of Subpoenas in Civil Actions - 1990), Opinion 103 (Propriety of Compensating a Non-expert Witness in a Civil Action – 1998), Opinion 112 (Surreptitious Recording of Conversations or Statements – 2003), and Opinion 126 (Ethical Use of Social Media – 2015). He also has served on the CBA Lawyers’ Professional Liability Committee since 2001 and has chaired that committee from September 2010 to the present.

- CLE in Colorado, Inc., "The Smoking Gun, The Compromised Computer, and Other Ethics Issues Involved in Procuring Evidence," December 28, 2012 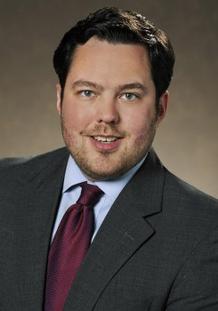 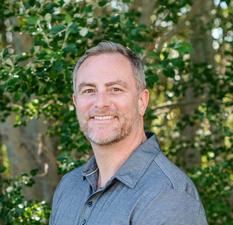 ​​
Mr. Trulli holds a Juris Doctor degree from Notre Dame Law School and a Bachelor’s Degree in Law & Society from Purdue University. He also studied in the "Concannon Programme of Law" in London, UK.  He has been practicing law since 2000, with most of his work focusing on the litigation side of practice. He has served as lead counsel on numerous cases in a broad variety of practice areas, including employment discrimination, mass tort, and professional liability, among others.

His work in litigation has focused mostly on employment discrimination matters with full control over all phases of litigation. He has received numerous performance awards for successful litigation and for maintaining a heavy workload. Mr. Trulli also has years of experience supervising various local co-counsel and coordinating defense strategy. He has appeared in federal, state and administrative forums.

In addition to his experience in litigation, Mr. Trulli has advised many clients on how to navigate the legal frameworks governing fair employment practices, including the Americans with Disabilities Act, the Family and Medical Leave Act, and Title VII of the Civil Rights Act.

Mr. Trulli led a large federal employer’s effort to revise its disability accommodation process and educated regional management on the new process. He has also negotiated and drafted extremely sensitive exit settlements and separation agreements. He has conducted numerous workplace investigations and has experience leading the process to determining appropriate disciplinary actions.

​​Patrick Pratt is our Legal Assistant and Business Manager. He also serves as a Paralegal for the firm.

Before joining us, Patrick was the Program Manager of the Colorado Manufacturing Initiative, a program of the Colorado Association of Commerce & Industry. There he was responsible for working with manufacturers and related businesses to foster a robust manufacturing sector in Colorado. Patrick built relationships among manufacturers through programming and education. He also advocated for policy conducive to manufacturing at the state and federal levels.

Before that, Patrick spent three and a half years at the South Metro Denver Chamber of Commerce – more than one year as the Director of Public Policy. He was responsible for the organization’s education and advocacy efforts at the local, state, and federal levels and was the staff coordinator for the Legislative Action Committee, Business Leaders for Responsible Government, and Science Technology Engineering & Math Education Coalition.

Patrick also served as secretary to the chamber’s board of directors.

Prior to his work at the South Metro Denver Chamber, Patrick worked for three years in the city manager’s office at the city of Centennial, CO. He managed the city’s youth commission, provided support to the communications and events team, and worked on special projects for the city manager.

In 2007, Patrick was elected to serve on the home rule charter commission for the City of Centennial. The group of 21 elected community members drafted the “constitution” for the city of 100,000 residents.

Patrick holds a B.A. in international studies from the University of Colorado Denver.